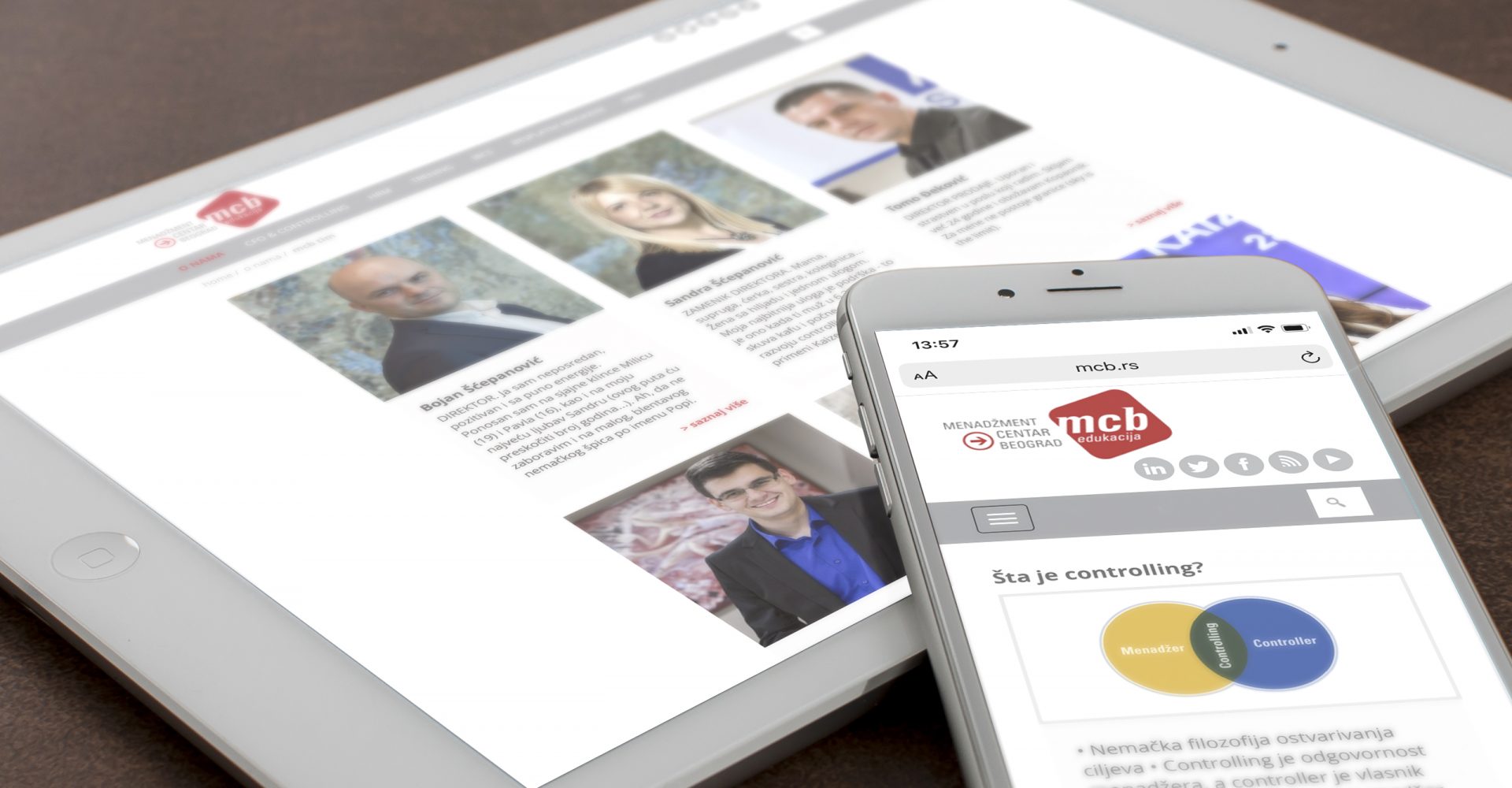 Management Center Belgrade is a company of great energy, “Number 1 in controlling Serbia”. Guided by German philosophy and patriotic spirit of the MCB represented by well-known companies from various fields of business by transferring their knowledge and experience. According to the founder, Mr. Bojan Šćepanović: “In the battle with the giants, we fight with humor.”

Black Box task was that energy and philosophy of the company is transferred to the development of the website and blog of the company. The concept included a set of all segments of business that the center encompasses. The synergy of MCB and BlackBox team has contributed to the placement of another quality and interactive channels of communication on the Internet market. Computer mag John McCarthy once said: “Be the spider and the WorldWide web.”